New York 5 Neighborhood Tour: a Must in NY 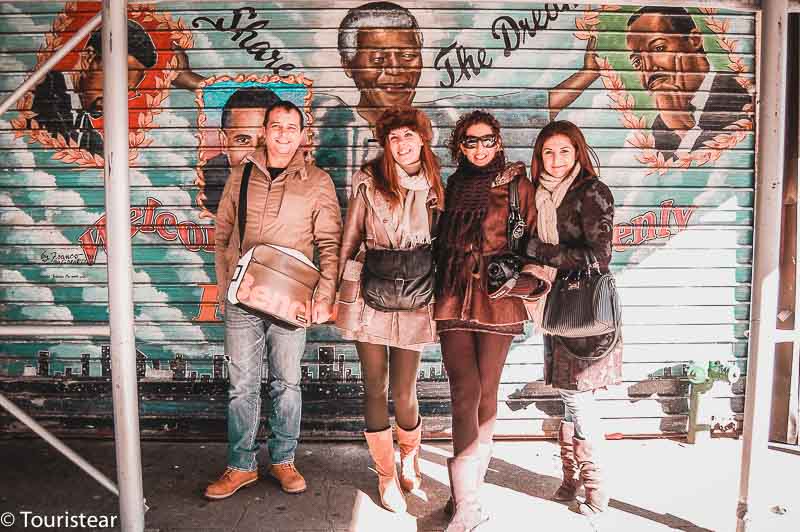 What better way to explore New York City than by getting an inside look at its neighborhoods?

The New York Contrasts tour is a must tour for your trip. It doesn’t matter how many days you travel to the Big Apple. This tour has to be among your priorities.

Keep reading; I’ll tell you why. Shall we?

Check out our guide to visiting New York in 5 days to get an idea of everything you can see in this fascinating city.
Check Out: Guide to New York “Not for Tourist”
Check Out: Printable Travel Planner (PDF)
Full-Day Boroughs and Coney Island Bus Tour
New York Contrasts Tour
Tour the Neighborhoods of New York With a Good Guide
The New York contrasts tour is a very nice excursion where you visit the “other” neighborhoods of the city, neighborhoods that you may not visit if you don’t go with a guide.

I consent to receiving emails and personalized ads.
Also, this tour allows you to visit them on the same day. And with the guide, you learn a lot of exciting things. Also, if your guide is nice like ours, you have a free photographer for a day. 😉

The Neighborhood Tour is the most complete and famous excursion in New York. On this tour, you’re going to visit essential places in the city.

The tour starts early in the morning, and you’re going to visit the Bronx, Queens, Brooklyn, and Harlem. This way, you’re going to get to know life in the different parts of New York.

For more than 4 hours, you’re going to tour the world’s most culturally diverse areas, which are rarely visitable without taking a guided tour.

Contrasts Tour Prices and Different Options You Have
To do the Contrasts Tours, you have different options. First, do it as a group with the tour.

Hire the VIP tour to do so with the people who travel with you and the guide just for you (this was the option we chose), and you also have Contrasts Tours + Harlem Gospel Service, the gospel Mass.

Visit the Neighbors of New York
The contrasts tour is NY’s most famous tour. You’re going to tour the neighborhoods of the city with a guide, in a group.

The guide will tell you all that you see; there are different stops. It’s done by bus.

It lasts between four and a half and five hours. There are four starting points in the city. This tour does not include the pick-up at your hotel.

We hired this tour on our second trip to New York, and the truth is that it was awesome. We had a great guide who took us on a super cool minivan, and he knew all the details and anything we asked him.

Besides, he loved to take pictures and made a lot of them.

It must be said; that we were 4 people to share the expense.

New York Contrasts Tour
Tour Contrasts + Gospel Mass
You have to do this visit on a Sunday.

It can be done in a group or in private, as you like.

Contrasts Tour Itinerary: what are you going to visit?
I’ll leave you the itinerary we made with Civitatis (all enterprises do the same or similar itinerary). This company has some professional guides who will make you enjoy all the guided tours that they offer.

They pick you up at the hotel (depends on the tour you hire, I will tell you about our experience), and we go west of Manhattan to reach the West Side Highway, where you visit outside the Trump Building Complex.

You’ll enjoy views of the Hudson River, which separates the states of New York and New Jersey, and you’ll see the Intrepid, the famous museum of the sea, the air, and space, located above an aircraft carrier at Pier 86.

Harlem
The visit continues north of Manhattan across Harlem, the cradle of jazz and African-American culture.

You’re going to see some of the neighborhood’s most famous landmarks like the Cotton Club and the Apollo Theater. Of course, you’re going to be able to go down and take pictures as well.

New York Contrasts Tour
Bronx
Then you go to the Bronx, the Salsa District, Jennifer Lopez’s birthplace, and the place where the highest-paid players on the Yankees team live.

In the Bronx, you will stop at Yankee Stadium, Fort Apache (the precinct where the film of Paul Newman was), the famous Grand Concord Avenue, and the South Bronx, where graffiti and memorials of deceased gang members are abounding due to street fights (the rapper’s graffiti is especially famous Puerto Rican Big Pun).

New York Contrasts tour
Queens
Then you’re going to visit Queens, New York’s largest and most multicultural district. Then, crossing the White-stone Bridge, you will enter the residential area of Malba, famous for its impressive mansions.

The next stop will be Flushing Meadows Corona Park, where films were shot like “Men in Black” and “Come to America.”

In the park, there is also the Mets Stadium (Citi Field), the National Tennis Stadium (home of the U.S. Open), and the Queens Museum, where “The Panorama of the City of New York” is located, an incredible 900-model square meter.

Visit the 5 neighborhoods of New York

You’ll have time to enter to see it (Wednesday to Sunday) or take a short walk through the Park.

It may interest you: Photo Journey: €10 discount with the code TOURISTEAR. Take the best photos of NYC with a professional photographer (tour in English).

Brooklyn
Leaving behind Queens, you will arrive in Brooklyn, where you will tour the Jewish quarter of Williamsburg, considered the world’s second-largest Orthodox Jewish community.

There, it will be easy to appreciate the change in culture, language, religion, customs, and lifestyle.

New York Contrasts tour
From Brooklyn, you will enjoy the best views of New York and the famous New York Brooklyn Bridge, the oldest in town and where hundreds of movies and video clips, including one from the Rolling Stones, were filmed.

Crossing one of the world’s most famous bridges (the Manhattan Bridge) will lead you towards China Town, the area where the visit will end, an ideal place to eat and continue the day.

Here, my recommendation is to ask to be left on the Brooklyn side bridge, so you can have a hot chocolate if you go in the winter or have a beer at River Café or walk across the Brooklyn Bridge.

For me, the excursion of contrasts is a must. So take a look at the prices and choose the one that interests you the most.

Another recommendation is to book the tour in advance and plan what you want to visit in New York, especially if you buy the New York Pass!

Enjoy your trip to New York and tell me how you’ve been doing!

No comments to show.